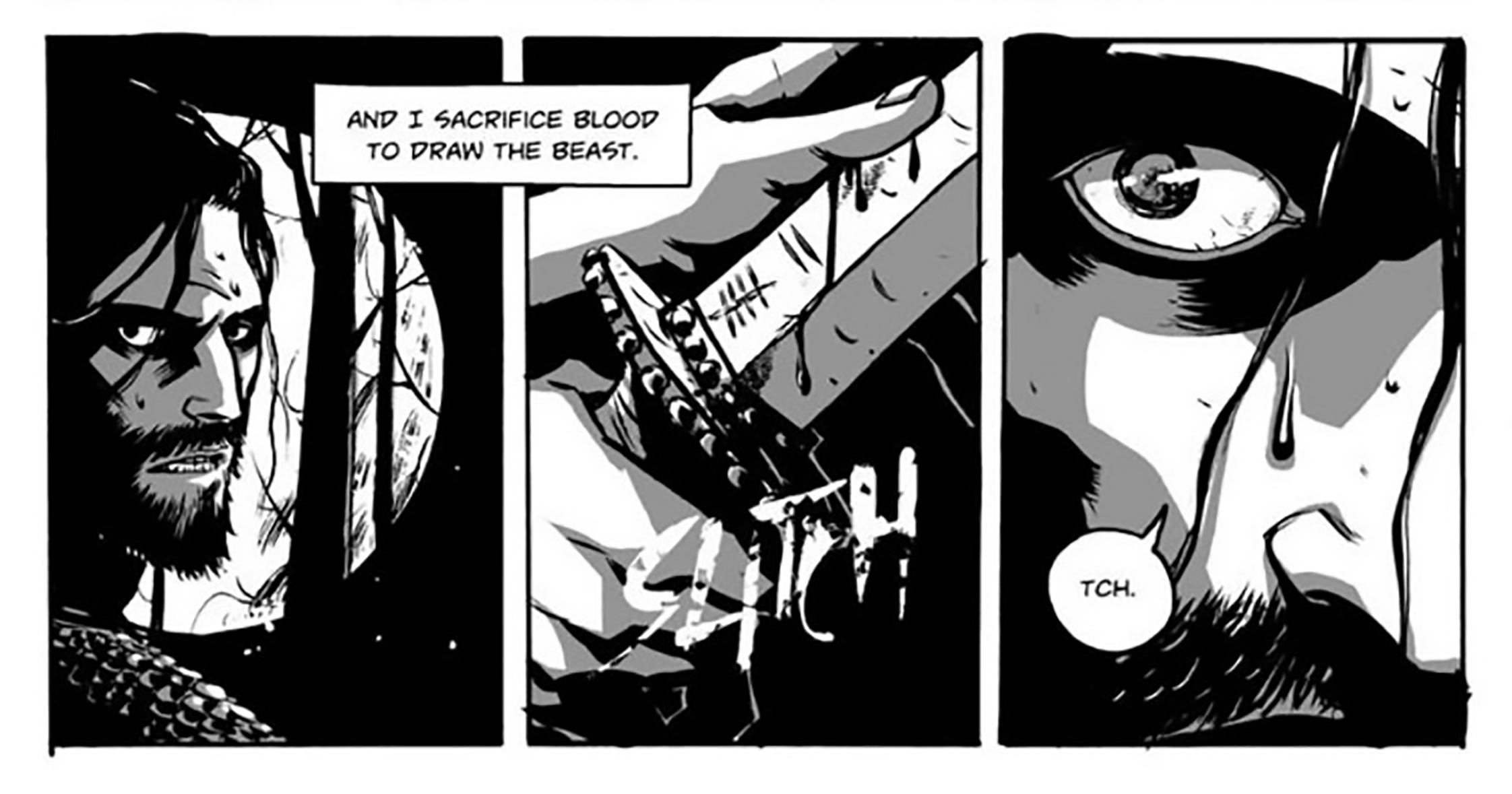 Image reposted with respect from https://ifanboy.com/articles/spotlight-becky-cloonans-wolves/

The muddled choice of reality.

Choice is defined, literally, as an act of choosing between two or more possibilities. It is however often muddled, with many undefined areas, which hinders our ultimate decisions. 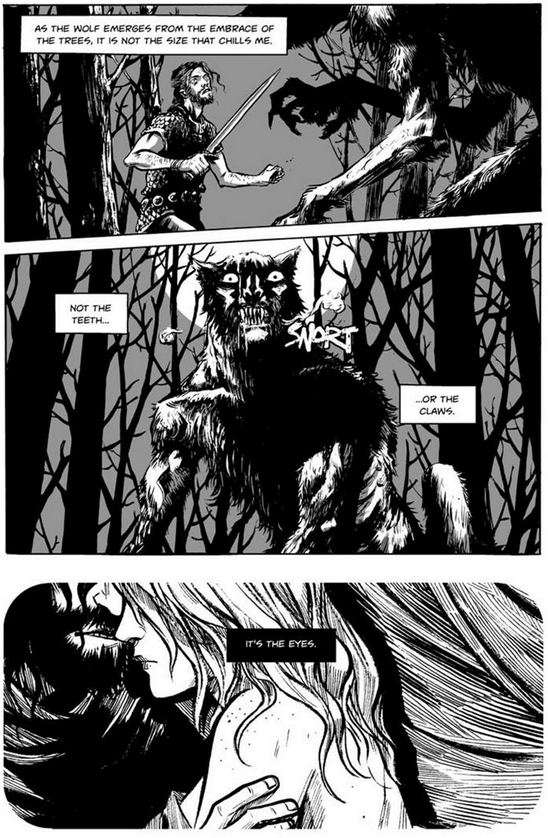 The concept of muddled choice is expressed exquisitely in Wolves, a short graphic novel written and illustrated by the famed indie artist Becky Cloonan. The story follows a hunter, a werewolf hunter to be specific, on a brave quest to hunt a beast. Searching for the beast in the harsh moonlight, he feels a sense of unease. He feels as though something evil is about to unravel, but realizes that he could do nothing about it. Some time later, the werewolf approaches him, eyes full of hunger and hatred. The hunter battles the beast, and expertly delivers a lethal blow, only to lock eyes with the beast and notice the eerie familiarity of its eyes - they resembled the eyes of his lover. Guilt hit him, but what else could he do? He watched helplessly, as his lover’s body fell limp in his arms. Drained, the hunter gathers the corpse, and delivers it to the king, in return for his bounty. The story ends with the hunter trodding through the forest, “haunted by his past, hunted by his memories.”

Did the hunter have a choice, or was he tied by a predestined fate? Pressed against his own blade, he could choose to either give up and lose his life, allowing the werewolf to roam and hunt freely in the kingdom; he could also fight back, utilizing his expertise to kill the beast, saving the kingdom from unspeakable wrath, in exchange for the loss of his lover’s life. Both options are far from perfect. The former retains the life of his lover, sacrificing his own and the peasants’; the latter retains his own life and the peasants’, but takes that of his lover. In the face of life or death, a rational person would choose the latter option A few individuals, however, with their own set of principles and perspectives, might choose the former option, and would rather sacrifice dozens of lives, including their own, to save a lover. 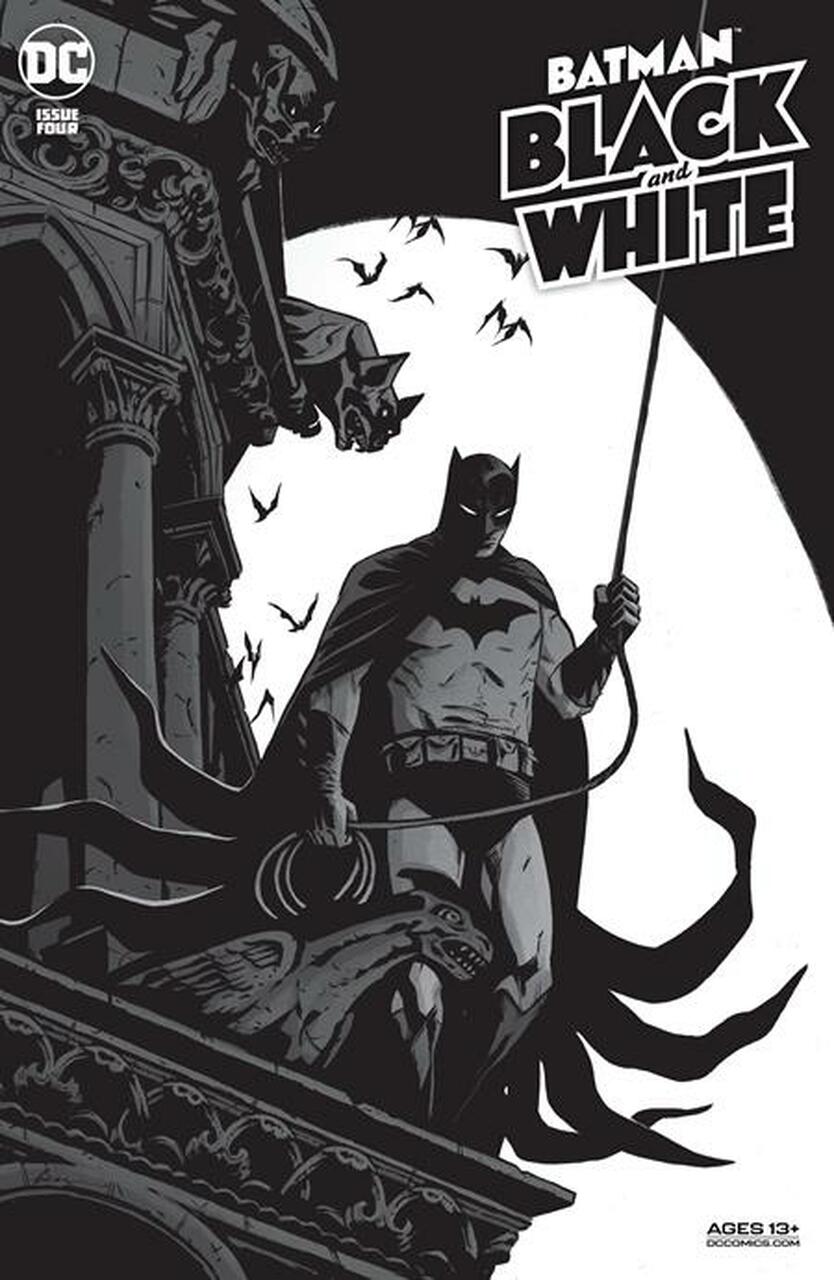 Hence, one must have a strong grasp of his own principles, in order to face the choices presented by the world around us. This is represented most notably in another character once illustrated by Cloonan - the Batman. The Dark Knight is known universally for his just and heroism. Even when given the choice to terminate a supervillain, he never kills. He holds on to his principles, no matter what happens. He is, nevertheless, a character born from creativity. Batman is fiction, and in fiction, choices are often unrealistic. Reality is not simply justice and injustice, there are grey areas between good and evil, which topples our persistence in principle; therefore, we must learn to weigh choices carefully, before blindly choosing one which is seemingly the best. We must be vigilant when choosing, and to hold on tightly to our own principles.

Being a man of principle is what guides us to correct decisions. We must know our boundaries, as well as society’s boundaries, and act accordingly to not only survive, but also to positively influence the world.